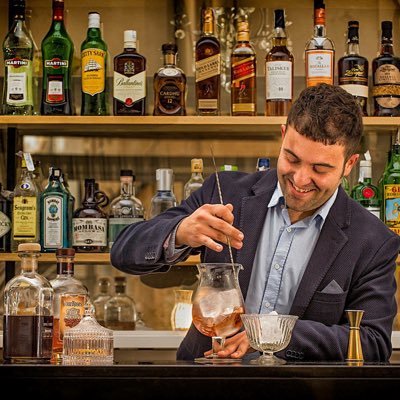 Joan Canals (Ciutadella, 1985) began self-taught from a young age. He has perfected the technique with specific training, such as classic or molecular cocktails. He was the winner of the 2nd round of the 2014 World Class of Llevant and Baleares, national finalist of World Class Global Spain and also finalist on 3 occasions of the zone final of the same competition. It has also been second classified in the Origins by Schweppes Barcelona 2015. Focused, as he’s, in the development of the business, Canals has consolidated Ulisses as a reference center for high cocktails in Ciutadella, giving way to the most top and gastronomic part of its premises, expanding the menu and the offer. He complements his professional career with the start-up of ULISSES Vinatería and the catering service for private events. He is a member of the group of haute cuisine chefs of the Balearic Islands CHEFS (IN) since 2013. Since December 2018 he has been Brand Ambassador of gin Xoriguer, the best known brand of gin from the Balearic Islands, which leads him to travel around the world showing the gin and the possible elaborations he’s able to develop.

Ulisses Bar© is a CHEFS(IN) member.